They Don’t Know What They Are Doing 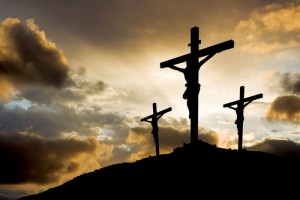 Easter was just last Sunday, and I was once again left trying to grasp the extent of the sacrifice Jesus made as He underwent such a brutal beating and crucifixion. Everything that Jesus did leading up to his death and resurrection was wrapped in the love that He has for people. The love he has for sinners just like me.

The greatest two commandments He gave us are to love God and to love others—to love.

Why is it so hard to do that? Why is it such a struggle at times to forgive? Why do we hold onto resentment and hurt? Why do we look at others that don’t have that saving relationship with Jesus and think less of them? Why is it so easy to judge everyone else’s actions? If you’re anything like me, these questions are real thoughts and feelings that I have to keep in check every day.

This takes me to Jesus on the cross. Some of the last words that Jesus said where, “Forgive them because they do not know what they are doing.”  Wow, here Jesus is forgiving those who beat Him and nailed Him to that cross! But why did Jesus say this out loud? When I thought about it, I don’t ever ask God to forgive someone out loud. I don’t forgive people out loud. This could’ve easily been a thought in Jesus’ mind. I think it was a final pre-death example of loving instead of judging.

When Jesus sat and had dinner with tax collectors, He was judged by his actions, not by His intent. He sat with them because He saw them equal to anyone else that needed God’s hope.

Recognizing this, I have to wonder, am I able to forgive those who have wronged me? Am I able to love those I don’t even know without judgement? Am I focused on loving the way Jesus does?