By: Dave Illingworth
The Jewish historian Flavius Josephus recorded, “a woman in all things is inferior to a man.” Women were treated badly in both the ancient Roman and Jewish worlds. Roman women had no rights, were not allowed to own property, and held the primary responsibility of having a male child to be heir to the family fortune. Jewish rabbis wouldn’t teach women and wouldn’t even talk to them in public. Women were unclean and treated as outcasts while on their menstrual cycles, having no contact with others during this time. They had no say in who they married and were considered private property. 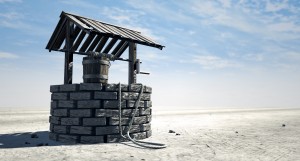 Jesus’ approach to women was radically different for His time. His parables and stories were balanced with both men and women. He openly taught men and women and had both as followers. The announcement of the coming Messiah was made to a woman, Mary. Jesus allowed an unclean woman to touch Him, let a prostitute with her hair unbound kiss his feet, talked to a Samaritan woman, praised the poor widow for her gift to God, defended a woman caught in adultery, healed the daughter of a Gentile woman, and touched a young dead girl to bring her back to life. It was women who dressed the body of Jesus for burial, and it was a woman, Mary Magdalene, who was first to see the resurrected Jesus. He publicly talked to, taught, and healed women. Jesus recognized women as equals to men.
Two thousand years later, women are still fighting prejudice. Wooden-headed bigots still deprecate women, like Jacob Stalk’s comment on an article from The Tab Oxford student newspaper: “Abandon that idiotic notion of ‘equality,’ as it will never happen…It just makes you more despicable.”
Why don’t men act like Jesus did toward women? WestJet pilot Carey Steacy—who received a critical note (citing Proverbs 31) from a male passenger last year—is also a mother of two. Besides using poor grammar, the note writer also failed to read all of Proverbs 31 carefully. It praises women, saying there are many virtuous and capable women in the world; they are energetic, strong, and hard workers. The Proverbs 31 woman also extends a helping hand to the poor and open arms to the needy; is clothed in strength and dignity; laughs without fear of the future; speaks wise words; suffers nothing from laziness. (Proverbs 31:29,17,20,25,27)
We should treat women with respect as Jesus did, so that others will be drawn to Jesus, find God, and have hope.