In 1985 I was the General Manager of the Cincinnati region of Toyota Motors Sales, USA. We were having a regional dealer meeting in Traverse City, MI. I had invited retired offensive lineman Jerry Kramer and Fuzzy Thurston of the Champion Green Bay Packers to talk to the dealers.

I had breakfast with the two before the meeting, and the discussion turned to the “Ice Bowl” game of 1967. 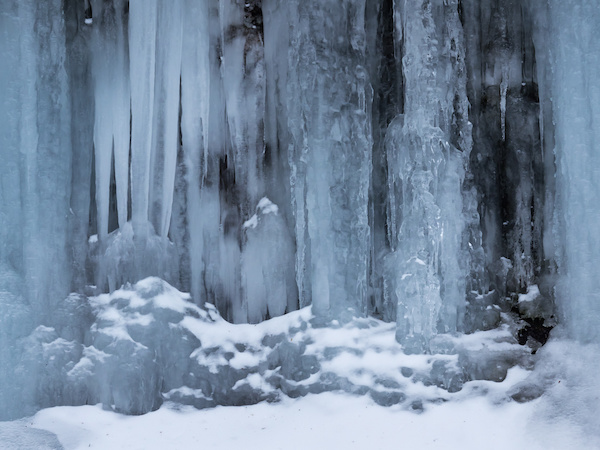 It was played in Green Bay on Sunday, December 31, 1967. The Packers were trying to achieve something that had never been done before: win three championships in a row.  Dallas was trying to win its very first championship. The game would attract 30 million television viewers to see if the vaunted Dallas “Doomsday Defense” (noted for its goal line stands) could stop the Bart Starr-led Packers.

The Commissioner of the NFL, Pete Rozelle, was concerned about the cold weather. Rozelle considered delaying the game until Monday but was told conditions would be acceptable to play and that the cold front that was moving in the next day would be even worse. Little did they know the cold front would move in quicker than expected and be much colder than anyone thought possible. December 31, 1967 would be the coldest New Year’s Eve in the history of Green Bay.

Game time temperature was -15°F with the wind chill estimated at -36°F. The University of Wisconsin-La Crosse band was scheduled to preform in the pregame and halftime show, but their woodwind instruments froze, the mouth pieces of the brass instruments stuck to the players’ lips, and seven of the members of the band had to be taken to the hospital for hypothermia. The band went home. When the field was uncovered, it flash- froze in the extreme cold, creating a sheet of ice that got worse as it fell under the shadow of the stadium later in the game. When referee Norm Schachter blew his metal whistle to start the game, it froze to his lips. When he tried to remove it, his skin came off with the whistle, and the blood simply froze. The rest of the game the officials used voice commands to call the game. Sadly, an elderly fan died from exposure later in the game.

At halftime, the score was 14 to 10 with Green Bay leading. On the final play of the third quarter, Dallas running back Dan Reeves threw a 50-yard touchdown pass to Lance Rentzel. The score was now 17 to 14 with Dallas leading.

With 4:50 left in regulation time, the Packers took possession of the ball at their own 31-yard line. The temperature was -20°F with wind chill estimated at -50°F.  Under these severe conditions, Bart Starr guided his team slowly and methodically down the field with three completed pass plays and several running plays to the Dallas one-yard line. It was now first down goal to go from the one. Two times, Starr handed off to running back Donnie Anderson, but he slipped on the icy field, and the vaunted Dallas goal line defense held. It was now third-and-goal with only 16 seconds left in the game. Starr called time out and asked Jerry Kramer if he could make a block for a quarterback sneak. Kramer agreed, and on the next play Bart Starr slipped through into the end zone between Kramer and center Ken Bowman.

The players on both teams were emotionally spent. Some openly wept in the locker room afterward. Green Bay linebacker Ray Nitschke developed frostbite on his feet, and his toenails fell off; Bart Starr had frostbite on his fingers. Dallas players George Andrie, Willie Townes, and Dick Daniels all suffered frostbite injuries.

I asked Jerry Kramer how this was possible. What made it possible for the Packers, under such adverse conditions, to meet and overcome one of the greatest challenges a football team has ever faced, drive down the field, and win the game?

This is what Jerry Kramer said: “This may sound strange coming from a rough-tough pro football player, but it was love. We loved Lombardi, we loved each other, and we loved the community we represented. The only thing that mattered was that I did my job at the highest possible level and that I didn’t let down those I loved. We all felt that way about each other. Lombardi was one beautiful man. Because of the love we had for him and each other, we could not fail.”
1 Corinthians 13:7,8: “Love bears all things, believes all things, hope all things, endures all things…love never fails.”(NLT)