Getting it wrong: Greek philosopher Celsus wrote, “Christians utterly defeat themselves. They slander each other with the vilest forms of abuse.”

Getting it right: Jesus said, “By this everyone will know you are my disciples, if you love one another.” John 13:35
I have been in the automobile business more than 40 years and was a Senior Vice President for Toyota Motor Sales, USA. In all my years of business, I have never witnessed viciousness equal to that displayed by Christians.

Best-selling Christian author Philip Yancey was asked by an interviewer who his strongest critics were; he surprisingly answered “other Christians.” Retired pastor Bob Russell posted on his blog that he believed it would be all right for a Christian to vote for a Mormon to be the President. The email responses were swift, strong, and judgmental: “God will judge you in eternity for leading his people astray,” and “You have blasphemed the Holy Spirit.” Rob Bell, the founding pastor of the Mars Hill Bible Church in Michigan, wrote a book called Love Wins. Afterward, he was branded a “heretic” and “false teacher.” Ultimately the criticism became so great he was driven out of the Mars Hill church and moved to California while his critics scoffed, “Now, he can be a lifelong believer in secular Southern California.”

Dr. Marian Horvat of Daily Catholic protested, “Every time I hear the word ‘Christian’ used for a Protestant, I cringe. To consider heretics as Christians is not the teachings of the church.” Protestant pastor John MacArthur fired back, “The fact is, the most formidable, relentless, and deceptive enemy in Satan’s long war on truth has been the Roman Catholic Church.” Pope Francis doesn’t escape the critics, as a headline from Catholic Stand proclaimed, “Pope Francis is single-handedly destroying Catholicism.” Greek Orthodox Frank Schaeffer complained, “Protestant Evangelicals’ ‘god’ is trapped in a book and kept somewhat like a tame rat inside the cage of biblical inerrancy.” While theologian Carl Van Harrick derides Greek Orthodoxy as “a perversion of the Christian religion, reducing it to the level of pagan antiquity.”

Does this sound like Christians who are following Jesus’ urge to love one another? The constant fighting is destructive, exhausting, and must be embarrassing to Jesus. We should be bringing honor to the name of Jesus. Let’s use our relationships to love one another, not judge one another. Let’s attract others to faith in Jesus so they can know God, be at peace, and have hope. 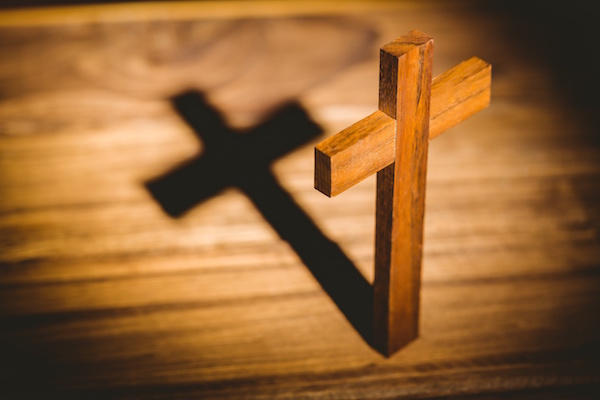