I’ll always remember how I first met my wife…

Beverly shoved the picture of her daughter in my face, “Next time you’re in town you should take out my daughter, Cynthia.”

I shrugged my shoulders. “Sure, why not?”

I was the Dodge District Manager for Eastern Montana. Beverly’s family owned Jamieson Motors, a Chrysler Plymouth Dodge dealership that I called on in Chinook, about 50 miles south of the Canadian line.

Cynthia worked in the County Extension Office. I decided to stop in and check her out.

She walked toward me with a friendly smile, “Hello, how can I help you?” she asked.  She had a firm, shapely body, and her red-tinged hair fell easily around the soft curves of her neck, framing the delicate features of her face and expressive gray-green eyes.

“I’m the Dodge rep,” I blurted out. “Your mother showed me your picture and said I should take you out.”

Horror spread across her face, “She what? Who are you? But I don’t know you at all.  Wait, my mother showed you my picture?!”

Realizing it was not going well, I quickly suggested, “Why don’t you call your mother?”

She gave me a sideways glance, looking me over carefully from head to toe. A few minutes later she came back. “Well, I guess it’s okay. My mother said she didn’t think you would do it.”

We went out to dinner that night. I tried to be cheerful, talking inanely about the weather, the car business, and football. Cynthia had taken off a semester from school at the University of Montana to make some money. She was a Presbyterian, loved music, and had taken second place in the state of Montana in the “Make It Yourself with Wool” contest. She had a simple desire to please and just wanted to be appreciated. She said she liked football, but later I found out she didn’t. I said I liked to dance, and she later found out I don’t. I hardly noticed the time go by. 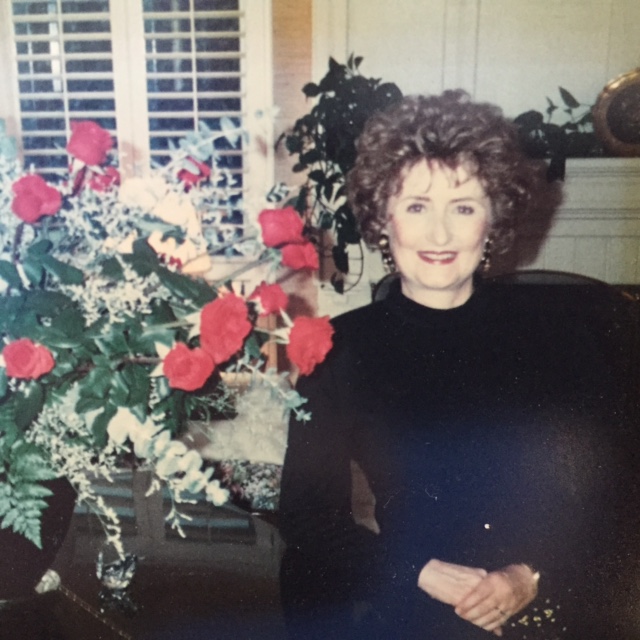 I could not believe my luck. She was different. I was smitten. She was extremely attractive, intelligent, Presbyterian, and could sew! We were married six months later.

We had been married 12 years, moved eight times, and had four boys, Spencer (8), Trevor (6), Blair (4), and Greer (1). We’d just learned that Cynthia was pregnant again. Both sets of grandparents were happy, but dismayed. My mother impatiently asked if I was “paying attention.”

The move to Denver was a godsend. My parents were living in Sun City, Arizona and Cynthia’s folks were in Montana. Denver was a great location to visit both sets of grandparents, and Beverly had just learned she was fighting breast cancer. Cynthia was very excited and planning to fly to Denver the following day to look for a house.

I’m not sure if what happened next was because of my decision about the sales dispute or just a coincidence, but it would create a crisis in my life that almost cost me my marriage.

McCurry called me. Tom Ciresa, the General Manger in Cincinnati, had unexpectedly quit, and I was being sent to Cincinnati instead of Denver. I protested, explaining to McCurry that Cynthia was flying to Denver the very next day, and this would be a real problem for my personal life. He was not moved. There was no going back. My replacement had already been named.

I reacted to the news by going into a bit of a trance. The Denver region job was a dream that had come true for both of us. A deepening gloom settled in as I realized how devastating this news would be for my family. I had a serious mortgage, four children to feed, and a baby on the way. I couldn’t quit my job. I was frustrated, trapped, and scared. How was I to keep my family together?

We were getting hammered, but I couldn’t do anything about it. Cynthia and I had the helpless feeling of having no control over our lives. Leaving friends and family to move to Ohio again, having to find new schools, new doctors, new everything while packing and then unpacking all of our possessions with four young boys was going to be unbelievably stressful. Things could not get worse—but they did get worse. Cynthia had a miscarriage.

I begged God for help, but the door was slammed shut. We were moving to Cincinnati, and there was no time to grieve. Cynthia and I started taking our frustrations out on each other. We went through painful sessions of marriage counseling. It was hard work; the scars remained for a long time. Why was God silent? What was the purpose of putting my family through this trauma? How could this be part of his plan?

One glimmer of hope appeared. Toyota had a relocation policy that offered associates moving into California attractive down payment loans to help them buy homes in the pricey Los Angeles market. I approached Yale Giezel, the Group Vice President over finance and administration, about reversing the program and giving me one of those loans to buy a home in Ohio. This would allow us to rent out our home in California and not need a loan to come back and then repay the money.  McCurry supported the idea, and Yale graciously agreed. It helped make the move possible with the hope of returning to our same home sometime in the future.

McCurry also promised me he would do his best to make sure our next move would be back to California. We moved to Cincinnati, Ohio. The trauma was real, and the wounds would take to a long time to mend.

When we got to Cincinnati, an impossible customer complaint issue greeted me, needing to be resolved.