The chief exterior designer for the Flagship 1 was Kunihiro Uchida. He was familiar with the American consumer, having spent two years at the Art Center College of Design in Pasadena, California. Uchida-san was a young, sharp-looking designer who presented himself well. He and five other designers lived in Southern California in 1985, following the Toyota philosophy of genchi-genbutsu: go and see. Uchida-san understood how much different the U.S. was from Japan and how different the taste of the American consumer was. He understood that “buildings, the width of the streets, the other cars on the road, even the vegetation affects how the car looks in its environment.” He also knew the type of exterior design that would appeal to a young, up-and-coming luxury car buyer in the U.S. 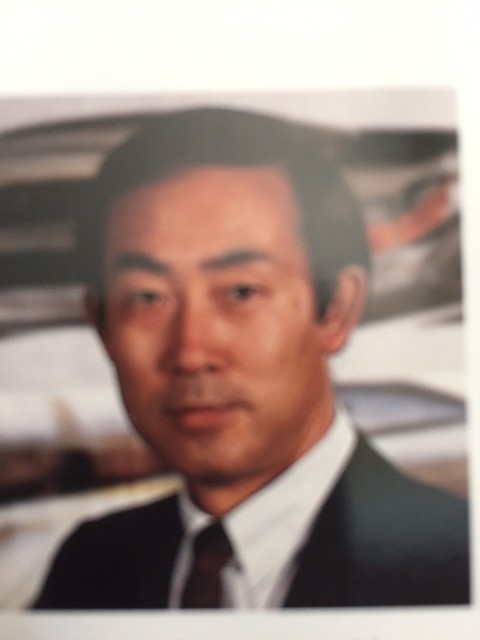 McCurry and Perkins were adamant that the car not be a “gussied up Crown” and the first sketches and clay models were encouraging. But the senior Japanese managers on the design committee were not impressed. In a stunning reversal to their earlier directive, they declared the early clay models of the car “too American” and “overly aggressive.” The committee gave new direction calling for the car to have a “sense of intelligence, exclude gimmicks, and pursue the essentials.” The car had been through six design reviews, and all the designs were rejected.

In an unprecedented move, it was decided to invite the young Americans into the design dome to see the car. In February of 1987, John French and John Koenig, the Product Development Manager for Toyota Motor Sales, USA and I, along with the Japan Staff Coordinator for Lexus in the U.S., went to Japan.

Six design teams had been working day and night for two years on this project. I was told that Chief Designer Uchida had lost 20 pounds because of the stress. The designers were understandably on edge and unhappy that a group of young Americans with little or no experience in exterior design would be critiquing their years of work.

The security was intense. We were led through a series of confusing doors and hallways. It was a cool, crisp morning, and the sun was shinning brightly. The car was not in the design dome but outside on a rooftop with security watching for planes flying overhead. The designers were standing around nervously watching for our reactions, fearing we were about to turn their lives upside down.

The car was silver, sitting on a turntable shimmering in the sunlight. The rear three-quarter view of the car was facing us. The first impression was very positive with the dual exhaust, sleek elegant lines, and a clean tail lamp treatment. The car started to turn on the table, and the first impression of the side view was equally positive. Then the front of the car came around into view. My heart sank. We had asked for a  “youthful and energetic” front-end treatment, and what we got was a boxy, high-profile, traditional front end. The grille was an odd black “egg crate” treatment. The front of the car was an issue for another reason. To avoid the gas-guzzler tax in the U.S. and achieve a targeted top speed of 150mph, the car needed a coefficient of drag less than .29. The coefficient of drag for most luxury cars of the day was .38 to .40.  Uchida was faced with the impossible task of pleasing the senior Japanese design committee, meeting the aerodynamic requirements set by the chief engineer, pleasing U.S. luxury buyers, and now having to deal with a bunch of young, inexperienced Americans—little wonder he looked drawn and haggard.

Our overall reaction to the Flagship 1 was positive, but we asked for a “sleeker” front end and more “aggressive” grille treatment. We graded the rear of the car 9.5 out of 10, the side view of the car 9.0 of out of 10. We wanted to give the front view of the car a 7 but decided to not to offend the designers and gave it a sympathetic 8 out of 10, hoping the score would help us gain leverage to get the improvements we wanted—but our plan failed.

The real drama was about to begin. The domestic Japanese dealers began to hear rumors about Flagship 1 and how good the car was going to be. Now they wanted the car, but that meant they could influence the design. A sinking feeling overtook me. Flagship 1 was not intended for the Japanese market. How could the Japanese domestic market be allowed to have a car never intended for them, while also insisting on giving feedback on the exterior styling?! In my mind I was thinking that we were going to have to sell 40,000 “gussied up Crowns.”

In June of 1987, Flagship 1 received final design approval. But rather than lower the front end to make it sleeker, more aerodynamic, and youthful, it was raised a few millimeters to make it more conservative, traditional, and classic in response to the Japanese market. I was sick. After three years, thousands of design sketches, countless meetings, differing opinions and advice, almost a dozen full clay models, and eight design reviews, nobody seemed happy. My fear was that the front end of the car made it way too conservative.

When I complained about the final front end to McCurry he gave me a writhing look and fired back at me that if a few millimeters meant I couldn’t sell the car to let him know. I slunk back to my office, put my head back on straight, and had an attitude adjustment.

In the end the car was “safe compromise.” What I thought about the styling wasn’t    important. The important question would be answered in about 24 months. Would the American luxury buyer like the styling?

The drama over the exterior styling of the car was matched by the drama surrounding the motor. Toyota had never produced a V-8 engine for the U.S. market. When the exterior styling was approved the specifications for an all-new 3.8-liter V-8 engine for Flagship 1 were completed. It had been cleared to pass the gas-guzzler tax and was set for its final round of testing.

But Chief Engineer Ichiro Suzuki was not satisfied with the motor. He worried it was too small and decided it needed to be bigger. The engine development engineer’s reaction was heated and emphatic. It’s impossible to go back and develop a new motor in such short a time! This decision set off months of intense, grueling motor madness.

(To be continued in “Motor Madness”)