At the end of the day we met in a conference room near the design dome. Suzuki-san explained that every component that made up Flagship 1 was to be the best in the world so that it would be the finest car ever made, and this included the key. Suzuki-san showed us the new key with great pride. 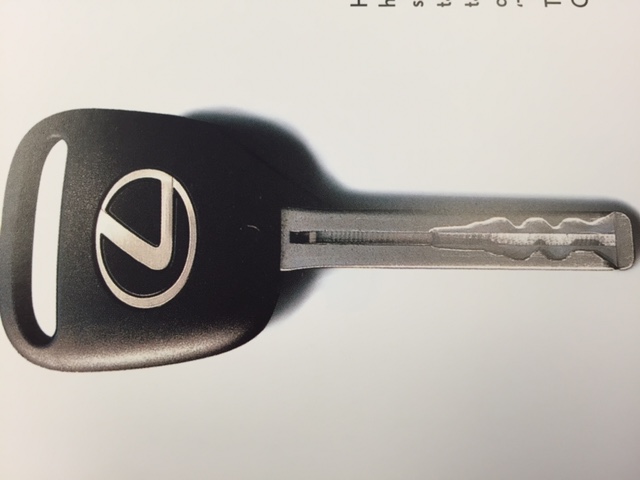 It was very different from any key I had ever seen—heavier but balanced, lock and unlock ability in the key itself. Never done before, the teeth of the key were reverse-indented into the metal of the key, making it very difficult if not impossible to duplicate.

It seemed like too much. I was silently thinking to myself that this car was going to be very expensive. I smiled politely and innocently asked how much it was going to cost.

There was an awkward silence. The chief engineer gave me a withering look, got up from the table, and stormed out of the room. I turned to the Lexus staff coordinator next to me. With my eyes I pleaded for his help, but none came. I was on my own.

Suzuki-san returned shortly, charging back into the room with a shoebox full of keys. He threw the keys onto the table. About 100 keys rattled and flew everywhere, clanging and scratching as they slid across the table in front of me. I sat back in my chair in silence, blankly staring at the keys.

Suzuki–san started to fire away in rapid Japanese. These were all the keys from all the car manufacturers in the world. He said that this new key was the best in the world for the best car on the world. He advised me to accept the strong efforts of his team. The Lexus Japan Staff Coordinator leaned over and whispered for me to thank him for his strong effort.

I was a young, inexperienced, and naïve American manager with only a minimal understanding of the personal sacrifices that he and his team were making. I had made a fool of myself. My face felt hot as I tried to collect my thoughts. I steadied my voice and thanked him and his team.

You would think I had learned my lesson, but I asked another stupid question.

BMW and Mercedes included tool kits and first aid kits in the trunks of their cars.

“Will the Flagship 1 have the same?” I asked.

The chief engineer’s eyes narrowed as he glared at me. Then, his countenance suddenly changed. He leaned forward and started to excitedly explain the fierce battle he was fighting to avoid the gas-guzzler tax.