The Toyota legal department insisted that everything about Lexus needed to be separate from Toyota. This meant a separate headquarters building, separate field force offices, a different advertising agency, a different dealer agreement, a new distribution system, as well as different data systems, parts packaging, service and warranty programs, call center, and dealers. In addition, we were to actively seek out non-Toyota dealers to become Lexus dealers. The Toyota Division took this directive to a foolish extreme. The Toyota field managers and headquarters associates were instructed to not encourage Toyota dealers to apply to Lexus, and they were told to never utter the word “Lexus.” This became known as “the NFL rule” that had nothing to do with football. It meant “no fu***** Lexus!” 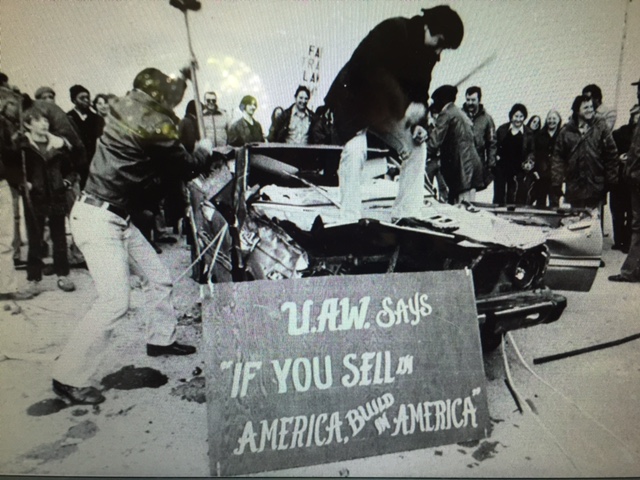 There were two reasons for this bitterness directed at Lexus. First was the diversion of engineering talent away from the Toyota division’s future products. The second source of the frustration and anger had long-lasting and far-reaching implications for the global auto industry.

The real reason behind the frustration about Lexus was the Voluntary Restraint Agreement or VRA between Japan and the U.S. government. This agreement limited the number of cars a Japanese manufacturer could bring into the U.S. each year. McCurry’s public statement that Lexus would sell 60,000 units in 1989 and target 100,000 a year meant the Toyota dealers would be getting a lot fewer cars, aggravating already low car inventories.

The VRA was brought on by a growing resentment against Toyota and the Japanese. During the mid-‘80s there was a recession which caused brutal reductions in the labor force with an estimated 250,000 autoworkers laid off. In Detroit, parking lots displayed signs telling customers to “Park your imports in Japan.” There was an ugly resentment tinged with racism that swept through the industry. UAW workers expressed their anger by publically smashing Toyotas with sledgehammers. Political leaders were angrily accused of being passive wimps in dealing with Japan.

The VRA was implemented in 1981 and was set to expire in 1984. In 1985, with pressure from the domestic manufacturers, the VRA was to be extended for one more year, only to be extended again and again until it was finally ended in 1994. Until the VRA was lifted, however, Toyota was forced to operate with the lowest inventory of new vehicles in the industry.

The domestic senior managers were complacent and misjudged the future of their industry, the UAW refused to listen to their critics, and the government leaders failed to comprehend the sweeping changes taking place to the global economy. This fundamental change to the global economy has sown a generational anger about change in the U.S. that has lingered since the ‘80s. This anger is still reflected in our national politics today.

A strong U.S. automobile market will not solve the competitive issues of a global industry. What the senior managers at Toyota understood and taught me is that risks must be taken and change embraced, or else you die.

Don’t be foolish. Smashing cars, making silly NFL rules, and refusing to change will not make you more competitive, nor will it relieve your anger and resentment. It’s not necessary that you change, nor is it necessary that you survive. Keep learning, changing, growing, and thriving!

Things were also growing and changing at home. Cynthia was pregnant again, but this time it was to be a girl, and her due date was October 26. But there was one big problem. I was to leave on October 26 to be in Japan for a week of meetings on the status of Lexus to senior management.


(To be continued in “Babies are Born Every Day”)