There was no turning back. Lexus was the name, and we needed a brand logo. Toyota had never had a logo on the grilles of its vehicles, such as the Chevrolet bow tie or the Ford blue oval. Convincing Toyota in Japan that Lexus needed a logo and developing one they would accept while Toyota did not have one would require some help from an unlikely friend.

The other luxury competitors had recognizable brand logos on the grilles of their cars—the Mercedes-Benz three-pointed star, the BMW Bavarian black and blue circle, the Cadillac crest, and the Lincoln four-pointed star. 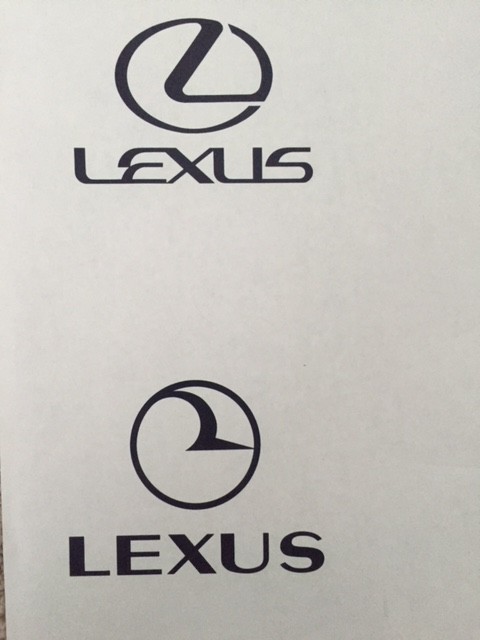 Convincing the chief engineer and the designer that Lexus needed a brand logo was not hard, but developing one everyone liked would prove difficult. Japan did not want to take on this task, and if Lexus in the U.S. could develop a logo that was acceptable it would be approved. We hired several outside agencies to develop different approaches. None of the proposals were acceptable. The best of the worst was a birdlike image inside a circle with uninteresting block lettering for Lexus, but it lacked the class to compete with the others.

We were about to give up on the idea when Jim Perkins remembered an old friend, Molly Sanders, from his hot rod days. Molly Designs, Inc. was located in Costa Mesa, California. Molly developed a stylized “L” enclosed inside a stylized oval. He made the logo out of a piece of titanium, etched it, and polished it.  It was crisp and had the look of fine jewelry. When he brought it into the office and laid it down on the conference table, we were all thrilled. The approval process went very smoothly.

Soon after, Toyota in Japan decided they also needed a brand logo and created the Toyota sombrero without U.S. involvement.

The year had gone by in a flash. I looked in the rearview mirror at 1987 and was humbled by all that had happened, all we had done, and all we had yet to do.