While the drama in the U.S. continued around the Lexus name and the auto show unveiling of the LS400 and ES250, the Tahara plant in Japan had its share of drama as it prepared to start production by June of 1989.

The Tahara plant was Toyota’s crown jewel of production facilities building, close to one million vehicles a year. The challenge Toyota production engineers were facing at Tahara was to achieve mass-produced perfection. Every step was analyzed and systematized with much trial and error before starting production.

Kousuke Shiramizu, the plant manger, showed me around the plant explaining all the investment in machinery, changes, and advances in production that had been implemented specifically for the LS400. Advanced robotic welders were installed to completely automate the welding of the body panels. The outer shell of the body was to be fused with the world’s first laser-welders for an extra smooth fit and finish. There were 224 welds on the rear quarter panel alone. Previously the gaps between the fittings of the front and rear doors had been seven millimeters, and the goal was to cut that in half to three millimeters. 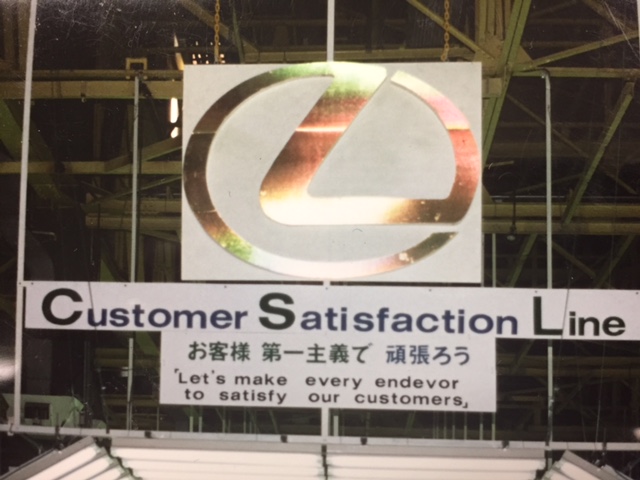 In the center of the plant was a massive 5,200-ton stamping press that punched out panels, engines, and chassis parts with precision and speed. Computer–operated diagnostic stations were installed to monitor production flow. A new foundry was built to cast the new LS400 V-8 engine. Tahara would be the first plant to pivot cars on the production line to improve working conditions and quality.

The best production line workers from other plants were selected to form an elite workforce on the Tahara’s LS400 production line. The quality inspection of the LS400 at the end of the production line was so detailed that it took four times longer than the normal Toyota. A new test track was built next to the plant where each LS400 could immediately be taken out and driven to check for proper handling, noise, and vibrations.

Tahara was by far the most advanced of Toyota’s plants. It was neat, tidy, air-conditioned, and not anything like the hot and dirty plants of the past. However, the Tahara plant was also being criticized for being an expensive “boondoggle.” For all the world-firsts at Tahara, the plant struggled early on missing some of the original production goals. Toyota discovered that machines could not replace men. Toyota was not foolish enough to continue in its ways. The company learned from its mistakes, adjusted, and developed a hybrid model of automation for its plants that has proven to be very successful.

“The wise accumulate wisdom; fools get stupider by the day.” Proverbs 14:24 (MSG)

The Tahara plant was almost ready. The LS400 and ES250 were almost ready. The dealers were happy with the cars. The Team One advertising agency was gearing up for launch. We were confident we would win the appeal for the Lexus name. Just when everything seemed to be finally heading in the right direction, the bottom dropped out!
(To be continued in “Three Strikes—You’re Out!”)