Toshihiro Okada was the chief engineer for the new SC400 coupe. He was a sports car enthusiast who owned a Porsche. There were several directions to consider with the new coupe. One option was to go with a two-door version of the LS400. The second was to create a version of the Toyota Soarer sold in Japan. The third was to create something totally new and exciting. Okada chose option three.

The two-door luxury coupe was a small but important part of the luxury coupe market. The Cadillac El Dorado was the number-one seller with 22,000 sales out of 130,000 total coupe sales. Coupes served as style leaders for the luxury brands. Cadillac’s Pininfarina-styled Allante roadster, Buick’s two-seat Reatta, Acura’s Legend coupe, and Infiniti’s M30 all tried but failed to deliver the brand halo desired.

There were four design teams, two in Japan, one in Europe, and one in the U.S., all competing for the final design approval of the SC400. The U.S. team consisted of Dave Hackett, Dennis Campbell, and Erwin Lou at the Calty Design Studio in Newport Beach. These designers were young and free of the restraints in Japan. 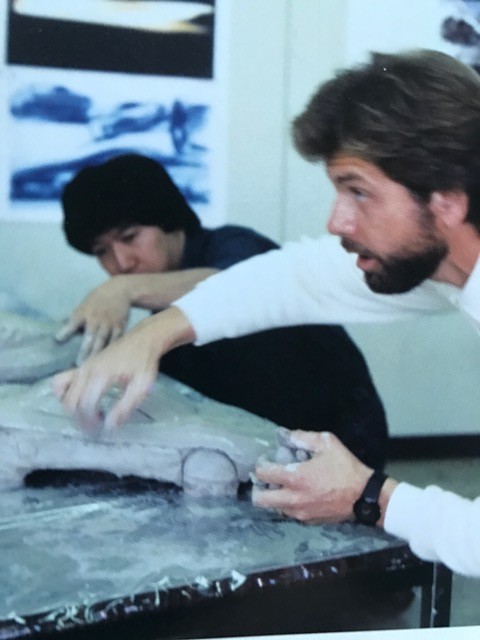 The Calty designers went completely outside the box using plaster-filled balloons to find original, organic, curvaceous shapes. The goal was to achieve a low, sleek car with sensuous curves and a distinctive front end. The results were dramatic and controversial. Chief Engineer Okada was excited about the concept. He advocated for and received the Toyota design committee’s approval for the Calty version of the SC400.

Once you have design approval, however, translating that design into a production reality and a financially acceptable product is never easy. The unorthodox design of the SC400 made the production reality for the car even more tense and painful than usual. Erwin Lui lived in Japan for several months to try and hammer out the production issues. For instance, the complex curvature of the front of the car made the narrowness of the grille too small for the radiator, and the sloping front hood was too small for the engine.

Erwin tells the story of working late one night in the design studio, only to come back the next morning to find an air filter buried in the hood of the clay model—a message from the production engineers pointing out that the design team had forgotten to make room for an air filter.

The final product was not identical to the original design, but considering all the challenges and how far the design pushed the envelope, it was remarkably close. Lexus had never competed in the luxury coupe market. It would take a bold design and careful understanding to be successful. And it would be almost a year before we would know if the SC400 would be the halo car Lexus needed.

“Tune your ears to wisdom and concentrate on understanding.” Proverbs 2:2

With Lexus having great success, Fortune magazine put Toyota on the cover and asked, “Can Toyota avoid the ‘large-corporation disease?’”