The size of the Flagship 1 engine was hotly debated from the start. The Acura Division of Honda was supposed to have a luxury car, but it had a six-cylinder engine and was never accepted by the public as a true luxury vehicle. Toyota had only one V-8 engine, and it was in the Century, a low-volume car that was more like a boat.

The performance targets established for the Flagship 1 engine were simple. It was to be faster, lighter, quieter, and more powerful than any car in the world with a 250-horsepower engine, and free from the U.S. gas-guzzler tax. The gas-guzzler tax was implemented in 1985 to tax passenger cars that did not achieve at least 22.5 miles per gallon. The penalties ranged rom $1,000 per car to $7,700 per car. The BMW gas mileage was 19 mpg, and the Mercedes-Benz was 18 mpg. The Flagship 1 target goal was 23.5 mpg. BMW and Mercedes both had a top speed of 138 mph, while Flagship 1 had a target top speed of 155 mph. For Flagship 1 to hit the top speed target of 155 mph and obtain the mpg goal, the coefficient of aerodynamic drag (CD) on the car would need to be an unheard of .28. Most sedans had a CD of .35, and the .28 CD would be lower than a Porsche 911. One final backbreaking demand was that the noise from the engine in the cabin of the car was not to exceed 73 decibels at 62 mph, a full five-decibel improvement over the competition.

The first attempt was a 3.5-liter V-8, but it failed to meet any of the targets, getting only 20.5 mpg which would have resulted in a $1,500 tax penalty. The 3.8 V-8 did obtain the fuel mileage goals, and it was believed that with further development the motor could achieve the remaining targets, but Chief Engineer Ichiro Suzuki was not satisfied. He saw danger ahead in that the size of the engine would be perceived as too small for a luxury sedan and wanted to be cautious. General Manager of Engine Development Yoshiro Kinbara agreed, as did President Toyoda and Chairman E. Toyoda, so as to “not regret it later.” 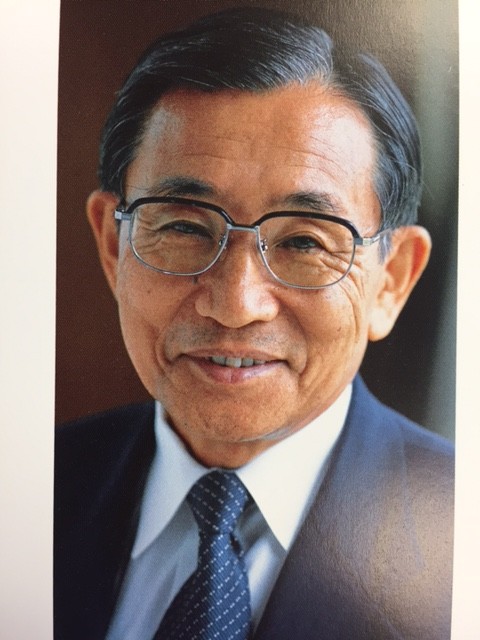 Suzuki-san was a demanding, obsessive genius and a manic perfectionist with a mean streak. He was small in stature but had boundless energy and the zest for life that Flagship 1 needed; otherwise, it would have been just another car. The chief engineer was unyielding in his quest that the best part of every car in the world be examined and then improved for Flagship 1. It was this obsession that led Suzuki to the 11th-hour decision to scrap the 3.8-liter and start over developing a new 4.0-liter V-8.

The new engine would have an aluminum block, cylinder heads, pistons, water pump, oil pan and pump, and the world’s first aluminum valve lifters to save weight, plus aramid fiber cord belts instead of chains to reduce noise. It would have platinum plugs, computerized fuel injection, tuned intake manifolds, and a very high compression ratio of 10.0:1. To accomplish these goals, new welding machines and presses would need to be made that met the higher engineering specifications for the engine.

Even the appearance of the engine under the hood was considered. Molded plastic components surrounded the engine to make it look clean and neat with cast aluminum cam covers and intake pipes and user-friendly dipsticks, oil caps, and reservoirs.

To meet these new targets, everything about the engine would have to change and all stops pulled out. It would require a grinding, 16-hours-a-day, seven-days-a-week effort on the part of the engineers. At that time, I was only minimally aware of the incredible sacrifices being made by Suzuki and the engineers to make Flagship 1 the finest car ever made.

“A prudent person foresees danger and takes precautions.” Proverbs 22:3 (NLT) Even in dangerous situations, God still loves us and wants what’s best for us. Read about how He walks beside us in the God of Hope book.

At the end of our first day, the chief engineer proudly showed us the new key for Flagship 1. I gingerly asked how much it would cost. There was an awkward silence. Suzuki eyed me coldly, got up, and stormed out of the room. I sat back in my chair and looked helplessly at the Lexus Japan Staff coordinator next to me for help. The chief engineer came running back into the room with a shoebox.

(To be continued in “The Shoebox”)