#59 – The Pursuit of Perfection 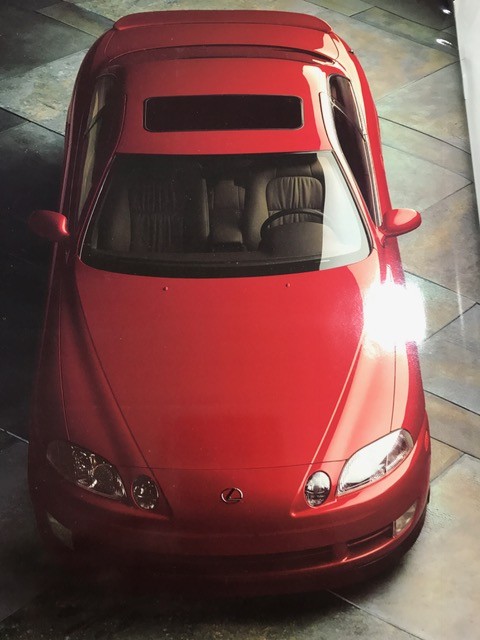 After the meeting with Chairman Eiji Toyoda, we took the Shinkansen (Japanese high-speed bullet train) to Tokyo to catch a flight back to the U.S. I was sitting next to Scott Gilbert, the Executive Vice President of Team One Advertising, and Tom Cordner, the Creative Director of Team One, was across the aisle as we were speeding to Tokyo at 100+ miles per hour. Suddenly, Tom Cordner let out a loud yell.

“Got what?” Scott Gilbert asked.

“The brand advertising theme line,” Cordner shot back, “But I can’t tell you what it is. It’s too early. I need to wait until the right time.”

Scott and I were both incredulous, but Tom stuck to his guns and refused to tell us the theme line.

At the time we were considering four theme lines, and none of them did very well in focus groups.

“The World’s Most Carefully Thought Out Car”

“Unlike Any Other Car You have Ever Owned”

The focus groups in New York and Los Angeles believed the “Elevating the Automotive Experience” offered the best “essence” of Lexus. However, when Tom Cordner’s theme line from the bullet train was presented, “The Relentless Pursuit of Perfection,” it struck a real chord with the focus groups.

The customers loved the idea of engineers striving for perfection. It reflected high energy and a desire to constantly improve a product.—a no-compromise, no-holds-barred approach to making the finest car in the world. This was the attitude we had all experienced during our week with the engineers in Japan, and that attitude is what Tom had responded to on the train.

There were also some negatives. Customers were concerned with “relentless” being “too aggressive” and a relentless person having “negative connotations.”

The line won easy approval from all of management. It captured the emotion and commitment of Toyota to the product and gave consumers a “reason to believe” that the Lexus product would be superior. It also “had legs” which meant it could stand the test of time and create a proper and long-lasting image for Lexus. “The Relentless Pursuit of Perfection” theme line is still being used today, more than 25 years later.

My only concern, nagging me in the back of my mind, was “What if the car wasn’t so perfect?” I quickly dismissed my fear with the knowledge that F1 had been so over-engineered that nothing could go wrong. I had to trust that God had a plan. My hope in Him gave me comfort. Learn more about the hope God offers us.

“The Relentless Pursuit of Perfection” came from a core principle imbedded in the culture of Toyota called “kaizen.”

(To be continued in “Kaizen”)

Davis (Dave) Illingworth, Jr. is the President of Toyota Warsaw where he has been the dealer for the last 6 years.

He was with Lexus from the division inception in 1987 through 1992, and as Vice President and General Manager of the division was instrumental in making Lexus an industry leader in customer satisfaction, sales, and quality.

Get the latest news and updates directly in your inbox! Just enter your email address below: