Bob McCurry and the Japan staff did not agree. They had strong opinions about advertising and wanted the Lexus ads to focus on product. McCurry was convinced that you couldn’t deceive the American consumer with image ads. He believed the best way to get a luxury image was to earn it with product.

Scott Gilbert, executive vice president of Team One Advertising, and Tom Cordner the creative director, and I presented 23 different storyboards of 30-second commercials for approval. Of the 23 storyboards we presented, none were approved, seven were said to need improvement, and 16 were rejected entirely. I was desperate and beginning to think we weren’t going to have any TV commercials.

Dick Chitty, Lexus vice president of service and parts, and I were in the Lexus Western Area office observing some service training. He saw a technician had placed a drink on top of an LS400 engine while the engine was running. He noticed the water in the glass was not creating any ripples. It reminded him of being a youngster at the county fair in Iowa. Dick showed it to me and asked if I thought the advertising people would be interested.

Team One was very interested, which led to a series of award-winning, product- oriented commercials, the most famous being “Champagne Glasses.” The LS400 was positioned on a car treadmill. It featured 15 champagne glasses stacked in a pyramid on the hood of an LS400 while we it ran up to 140 mph. It was an impressive demonstration of the car’s power, balance, and smoothness. The ad received immediate approval from McCurry and the Japan staff. It was a huge success. (The commercial can be seen today on YouTube at https://www.youtube.com/watch?v=X1vZenBX4-0)

David Horowitz, a consumer advocate with an Emmy-award-winning television show called Fight Back, believed the “Champagne Glasses” commercial was deceptive. He accused Lexus of false advertising, saying Lexus had super-glued the glasses together so they wouldn’t fall, and demanded that he be allowed to reproduce the ad on his television show. Team One made the arrangements, and the LS400 performed flawlessly. Surprised, Horowitz duplicated the ad on television without any glue, running the LS400 over 150 mph before the glasses tumbled. “Champagne Glasses” was an ad that drove traffic to the Lexus dealers, sold cars, and simultaneously helped earn Lexus a luxury image.

Our honesty reflects God’s character and helps us to look more like Him. Read the God of Hope book to learn more about His deep love for us and His plan to redeem all those who follow Him.

Infiniti took a radically different approach. The advertising agency for Infiniti developed a campaign that was all image and didn’t even show the cars. Don Easdon, the creative director, said, “We’re not selling the skin of the car; we’re selling the spirit.” The Infiniti ads were Zen-like, showing images of plants, rocks, trees, and clouds—but no product. 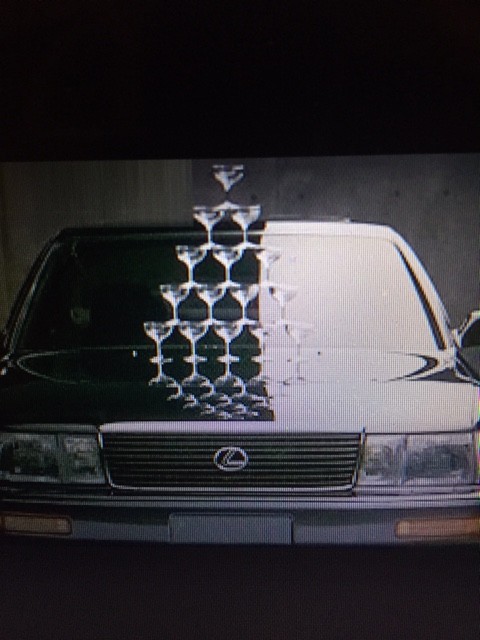 Bob Garfield, the editor-at-large for Advertising Age magazine, ridiculed the advertising. He wrote, “This is horrible advertising, embarrassing self parody, irritating beyond description.” The dealers were also unhappy with the advertising. The Wall Street Journal reported, “Dealers say Infiniti’s ethereal advertising is wearing thin.” The comedian Stan Freberg joked about the ads saying, “The first time I saw the Infiniti ads, I thought, ‘that’s a nice looking car. It looks just like rocks and trees.’” Infiniti finally changed the Zen advertising strategy after six months, but the damage had been done.

“Everything I say is right, for I speak the truth and detest every kind of deception.” Proverbs 8:7 (NLT)

October sales results were disappointing. We added two dealers, but total sales were down by 1,000 at 3,416. We only sold 2,415 LS400s because the dealers were low on inventory, but ES250 inventories were growing rapidly because sales were stuck at 1,000. We had to do something quick!

(To be continued in “Trouble with the ES”)